A Review of
Soul Journeys:
Christian Spirituality and Shamanism
as Pathways for Wholeness and Understanding
by
Daniel L Prechtel, John R. Mabry, and Katrina Leathers

And yet as we have seen over and over, for many people, Harner’s core shamanism becomes their religion in the absence of belonging to a formal mainstream religion.  Indeed, many people who have left formalized religious structures have gravitated to shamanism because it offers something akin to what mainstream religion can offer:  a spiritual life or a way of living spiritually.

Another legacy from Michael Harner is that core shamanic practices and principles can be found in various forms in almost all indigenous cultures around the world, cultures that have what we might call their own “religion” or “religious beliefs.” Needless to say, these beliefs vary from culture to culture, and may even be incompatible with one another, even though collectively they exhibit a similar “shamanic view of the world.”

Since shamanism is so closely allied with religion, and yet separate from any one religion, it should not be surprising to discover that shamanism, which is an inherent human effort to understand and live within the world of spirit, can be found in Christianity.  Christianity, after all, sprang up in an indigenous culture of the Middle East and spread to other areas around the world where indigenous practices prevailed.  How and why Christianity eventually stamped out indigenous practices and along with them shamanic wisdom in so many disparate places is a long and complicated story which others have written about.  What intrigues me here, and is the core of this article, is how shamanism has actually survived in Christianity. 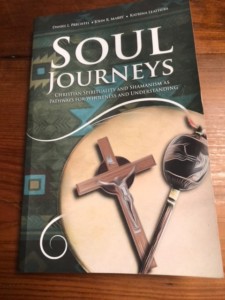 In their book Soul Journeys: Christian Spirituality and Shamanism as Pathways for Wholeness and Understanding authors Daniel L Prechtel, John R. Mabry, and Katrina Leathers demonstrate not only that shamanism can be found in Christian traditions but also how practicing Christians can incorporate shamanic wisdom to enrich and empower their faith and ministries. Daniel Prechtel is an Episcopal minister, John Mabry is a United Church of Christ pastor, and Katrina Leathers is an Interfaith minister. Each one’s voice is heard in separate chapters of its own, and all three come together as a dialogue in an enlightening chapter in which each goes deeper into his or her personal ways of answering the many questions that one hears debated and discussed among shamanic practitioners of all types. For me it was refreshing to “listen” to them discuss the nature of the Upper and Lower Worlds which Prechtel sees as “dimensions of the Christian concept of Heaven or paradise,” (132) the role imagination plays in visionary experiences, the existence of demons and depossession, the shapeshifting qualities of angels and spirits, the ways that shamanic experiences are “real,” the need for spirit helpers (which some Christians say are not necessary if you have Jesus), the intimate presence of the Otherworld, the quest to bring all things into balance and harmony, and many other topics that I’m sure have passed through our minds more than once.  It is interesting to hear these discussed from a sympathetic Christian point of view. 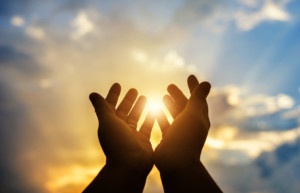 A significant prophecy in the Old Testament points to a development in later Jewish and Christian traditions that seems like a forecasting of shamanism:  God speaks, “I will pour out my spirit upon everyone; your sons and your daughters will prophesy, your old men will dream dreams, and your young men will see visions“ (Joel 2:28).  The authors expand on this idea that God gives us “access to the spiritual world (and) the medicine it offers.”  They argue that there is “no shortage of visionary and shamanic experience in the Christian tradition.” (34) The problem is that we have seldom recognized and named it as such.  And yet in many places in the Scriptures, God promises to restore all things, and repair and heal everything that is broken. How familiar this sounds to those of us who do healing work and journey for troubled places around the world! The authors call on Christians to see their religion in its “progressive, inclusive, and sacramental aspects” and to “embrace a broader sense of spiritual belonging.” (22)  They describe the need for Christians to “explore the parameters of consciousness,” and expand their “perceptions of reality,” which are the same goals that shamanic practitioners have. (88)

The authors’ argument that Christianity has produced visionary experiences similar to shamanism is bolstered by their discussion of writers, mystics, and Christian leaders who espoused the imaginal world of the shamanic journey.  Some of these are: the mystical and prophetic passages in the Jewish and Christian Scriptures; the apocryphal gospels and apocalyptic literature; the Christian mystics, such as Julian of Norwich, Teresa of Avila, Hildegard of Bingen, and Mechtilde of Magdeburg; Dante’s Divine Comedy; the writings of  Emanuel Swedenborg; and twentieth century writers like J.R.R. Tolkien, C.S. Lewis, and Charles Wilson (who were known as the Inklings).  The meditation techniques of Ignatius of Loyola, which are similar to Karl Jung’s “active imagination,” were my own introduction to visionary meditating long before I discovered shamanism. John Mabry points out that these sources reveal “a rich metaphysical landscape that differs from ordinary, waking reality” (30) and in so doing they present an Otherworld that is quite familiar to shamanic practitioners. He notes that visionary experiences are “found in every tradition of the church in every age.” (23)

If you wonder how Christian clergy perform shamanic healing, Daniel Prechtel’s accounts of  his healing ministry will sound quite familiar to your own shamanic practice.  He describes what he calls “guardian spirit retrieval” which includes animal spirits; “spiritual intrusion extractions” for which he allies himself with power animals as well as angels; soul retrievals; psychopomp journeys;  dismemberment; curse removal; and compassionate depossession or “spirit release” in which he describes the possessing spirits or “demons” as suffering beings in their own right and in need of healing.  He credits his successes in shamanic healing in part to his “spirit friends” who he explains are “representatives of God’s love and compassion, but they are also their own ‘persons’ and want growing relationships with me, as I do with them.” (129 )  He believes that the helping spirits of the Upper and Lower Worlds are “completely aligned and in harmony with God’s divine purposes.” (10) 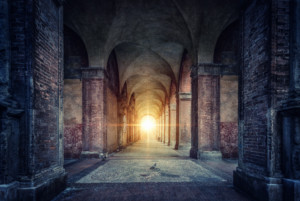 One might ask how Christian ministers deal with the question of demons and temptation which is usually cast in terms of sin and repentance.  John Mabry explains that temptations are situations in which dark forces “seek our undoing,” and sometimes tempt us to “undermine and hurt ourselves.” (141)  He reminds us that “Heaven, Hell, and Purgatory are…eschatological ends or destinations” in Christian thinking, while the Upper, Middle, and Lower Words are “regions of activity where people are alive and active now.” (133)   He suggests that since shamanism and any specific religion can “posit two different universes” that are mutually exclusive like these different realms, we need to develop “a kind of paradigm-surfing muscle, so that we can enter a string of mutually exclusive universes in quick succession with minimal vertigo.”  He admits this is not easy and requires practice, something that practitioners of shamanism learn as they explore the shaman’s universe. (143-144)

Katrina Leathers adds that crossing over between cosmologies allows us to meet spirit teachers from any tradition.  She calls this an “Interspiritual view” founded on the idea that all “manifestations of the Divine that we categorize into different faiths come from the same source and are accessible to all of us.” (145) So she warns us not to be surprised if Jesus, Krishna or Buddha shows up in a journey. Several years ago I had the privilege of introducing the shamanic journey to two Benedictine monks from a nearby monastery, and one of them met Krishna on a healing journey for himself.  I asked him how he knew it was Krishna and he answered, “Well, first I noticed that he was blue.”  There was, of course, more to it than just that!

While reading Soul Journeys, I was glad to hear the authors speak so approvingly of the shamanic world that we live and practice in.  They note that “there is a spiritual reality that is concomitant with ordinary reality….and that the Otherworld…is not far, but is in fact very near,” (175) which reminds me of the old Irish saying that the Otherworld is a few inches above your head, or, if you don’t find it there,   it’s out behind your house.  And the authors have discovered, like we have, that people are less interested in knowing about God than in directly knowing God and building a personal relationship with the Divine which shamanism helps us to do.

In brief, they argue, the “universe is trustworthy” and “there is a cosmic, divine conspiracy afoot to bring all things into harmony, balance, and health.” (175)  Each of the writers is grateful that shamanism “pulls back the veil to show us that our community is bigger than we thought” and “taps into our human capacity for spiritual wonder.” (177)  I heartily recommend reading this important book if you are curious about the hidden sources of shamanism within Christianity, or you simply want a refreshing look at your own shamanic practice from a Christian perspective