The mission of the Society for Shamanic Practice (SSP) is to gather and share extensive knowledge and resources about the practice of shamanism in all its forms, its evolution in the modern world, and how shamanism can be applied in the 21st century. We are dedicated to supporting practitioners at all levels of experience and to helping create an educated and empowered community who walk this spiritual path with integrity, respect and practicality.

SSP was created to respond to this need. It was originally envisioned as a practitioners’ society to support individuals interested in shamanic healing work regardless of experience, training, or path chosen. To this end, The Journal of Shamanic Practice was created, along with two published books, Shamanism without Borders and Spirited Medicine. We also began to present annual gatherings and conferences for members and practitioners, and added a directory of shamanic services to our website including shamanic practitioners, books and audio, art and jewelry, shamanic tools, shamanic training organizations, and travel & retreat centers.

In 2015 we expanded our membership focus beyond practitioners to included all people interested in walking a shamanic path. At this time we transformed our quarterly print journal into an online article library, and added a new growing audio section to our member benefits.

SSP has always responded to the needs of our members and striven to address the overall increase in shamanic interest within contemporary culture. We have a core group of members deeply involved in shamanic practices and performing healing work on individuals, their own geographic regions and the planet. Our members reflect a diverse mix of individuals attracted to shamanic practice as a way of life. 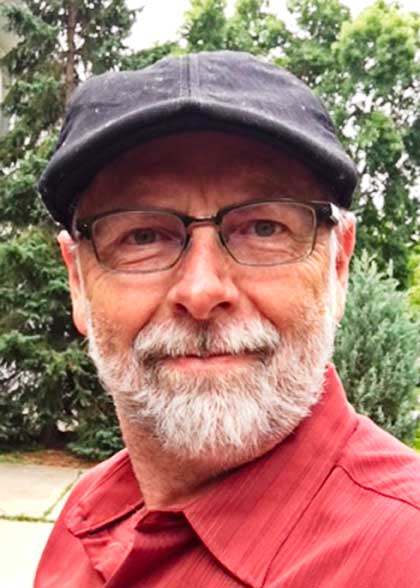 Jaime Meyer’s eclectic background includes earning a Masters’ Degree in theology and the arts from United Seminary of the Twin Cities and studies with a variety of shamanic teachers. His book, Drumming The Soul Awake, is an often funny and touching account of his journey to become an urban shamanic healer. Since 2001 he has led popular group drumming events around the Twin Cities, including ten years of sold-out Winter Solstice ceremonies that draw hundreds of people.

Twenty of his plays have been produced in various cities across the USA. He co-founded the first theatre in the world for the Hmong community (a refugee population from Laos and Vietnam) and managed it for ten years, mentoring hundreds of young Hmong actors and writers, and playing to 200,000 Hmong and non-Hmong people in various cities, including in refugee camps in Thailand.

Since 1983 Meyer has studied cross-cultural shamanism, mysticism and the spiritual uses of drumming from many cultures. Among others, he has studied with Jose and Lena Stevens, Ailo Gaup, Martin Prechtel and Sandra Ingerman. He has completed a two-year Celtic shamanism training with Tom Cowan. 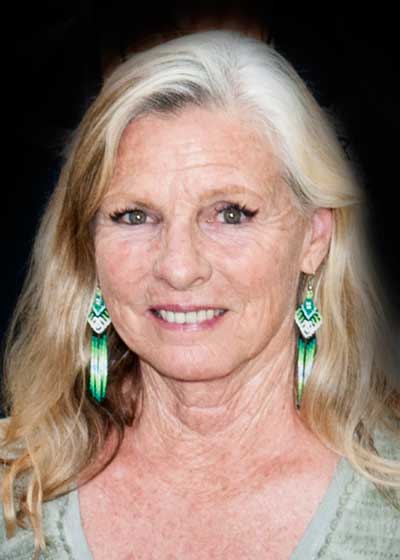 Lena Stevens is an internationally known teacher and shamanic practitioner. She apprenticed for 10 years with a Huichol shaman from Mexico and has studied cross-cultural shamanic healing from numerous traditions including those from the Amazon basin, Native North America, Northern Europe and Siberia.

One of her specialties is the woven song tradition of the Shipibo tribe in the Peruvian Amazon, the singing of Icaros or healing songs. Lena is the co-author of  The Secrets of Shamanism: How to Tap the Spirit Power Within and a contributor to The Power Path. 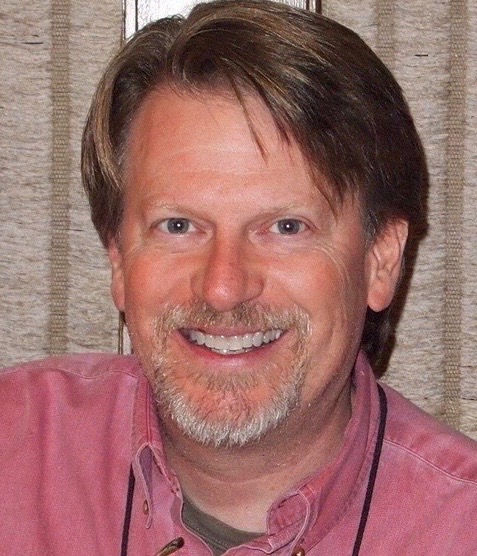 Dave McCormack is currently a Business Consultant for a Food Brokerage Company representing Consumer Packaged Goods manufacturers from all over the world. In addition to his consulting arrangement, Dave is an active shamanic practitioner in both Texas and New Mexico. He has completed the 1-year Shamanic Studies program and the advanced practitioners training with The Power Path School of Shamanism and studied with various teachers within the Shipibo, Hawaiian, Andes and Native American traditions.

Since starting his shamanic journey in 2011, Dave has worked in taking an active role in supporting individuals, companies and organizations who are interested in pursuing a shamanic based practice as well as helping them to achieve their life and business purpose. 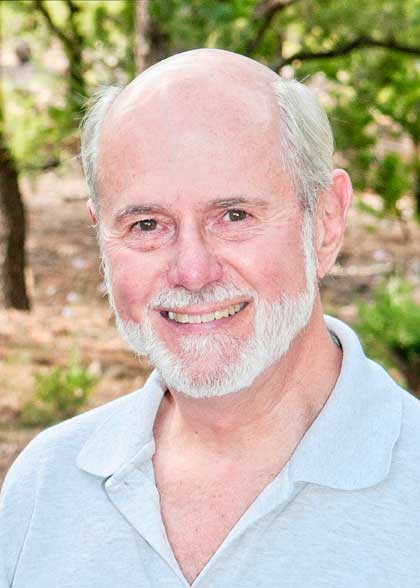 Tom Cowan is a shamanic practitioner specializing in Celtic visionary and healing techniques. He combines universal core shamanism with traditional European spirit lore to create spiritual practices that can heal and enrich one’s own life and the lives of others. He is an internationally respected teacher, author, lecturer, and tour leader. He has taught training programs in England, Austria, Germany, Switzerland, Slovakia and Italy. Tom received a doctorate in history from St. Louis University. He has studied extensively with and taught for the Foundation for Shamanic Studies.

Tom is the author of Yearning For The Wind: Celtic Reflections on Nature and the Soul, Fire in the Head: Shamanism and the Celtic Spirit, Shamanism as a Spiritual Practice for Daily Life, The Pocket Guide to Shamanism, The Book of Seance, The Way of the Saints: Prayers, Practices, and Meditations and Wending Your Way: A New Version of the Old English Rune Poem. 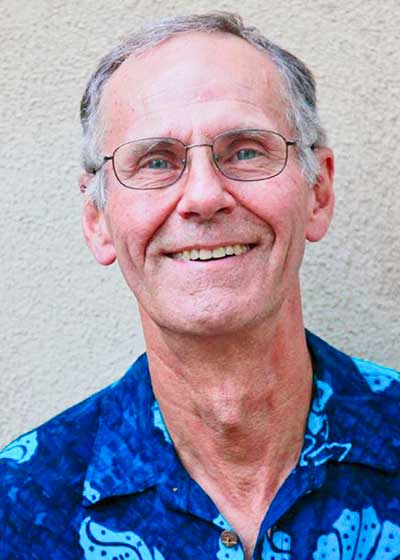 José Luis Stevens is the president and co-founder (with wife Lena) of Power Path Seminars, an international school and consulting firm dedicated to the study and application of shamanism and indigenous wisdom to business and everyday life. José completed a ten-year apprenticeship with a Huichol Maracame (shaman) in the Sierras of Central Mexico. In addition, he is studying intensively with Shipibo (shamans) in the Peruvian Amazon and with Pacos (shamans) in the Andes in Peru.

In 1983 he completed his doctoral dissertation at the California Institute of Integral Studies focusing on the interface between shamanism and western psychological counseling. Since then he has studied cross-cultural shamanism around the world to distill the core elements of shamanic healing and practice. He is the author of ten books and numerous articles including The Power Path; Secrets of Shamanism: How To Tap The Spirit Power Within; Transforming Your Dragons; and Praying with Power. 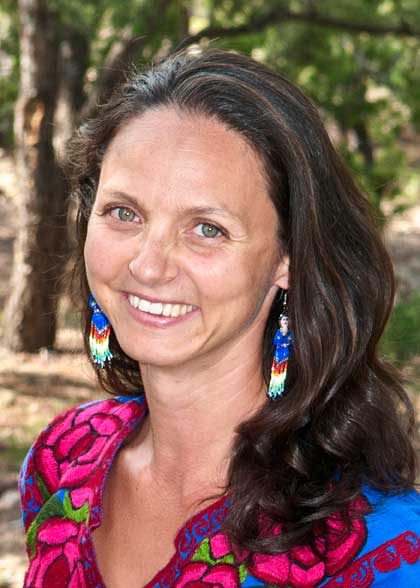 Anna Stevens Harrington is an instructor for the Power Path School of Shamanism and a shamanic healing practitioner and ceremonialist with over 20 years of experience working with indigenous shamanic healers around the world. She has in-depth training in both Shipibo and Huichol healing modalities as well as the Paco tradition of the Andes and Native North American traditions.

Anna is also a producer, director and editor, and founder of Green Spider Films. Her past producing credits include a nine part television series, Understanding People (2001), Green Medicine: On the Path of Herbal Remedies (2000), The Mystic Traveler (2002), and Woven Songs of the Amazon (2006). For the past six years she has been working with The Center for Shamanic Education and Exchange to create educational documentaries and material honoring indigenous people and their unique and valuable traditions. 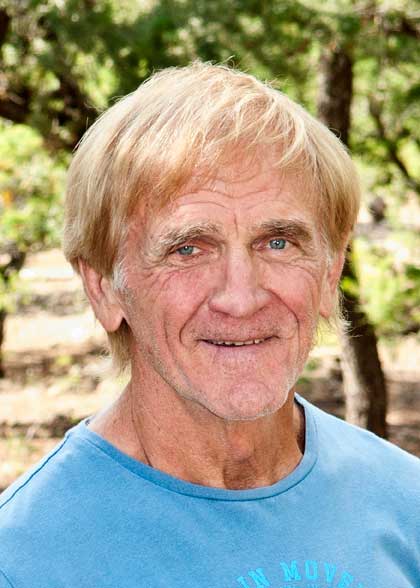 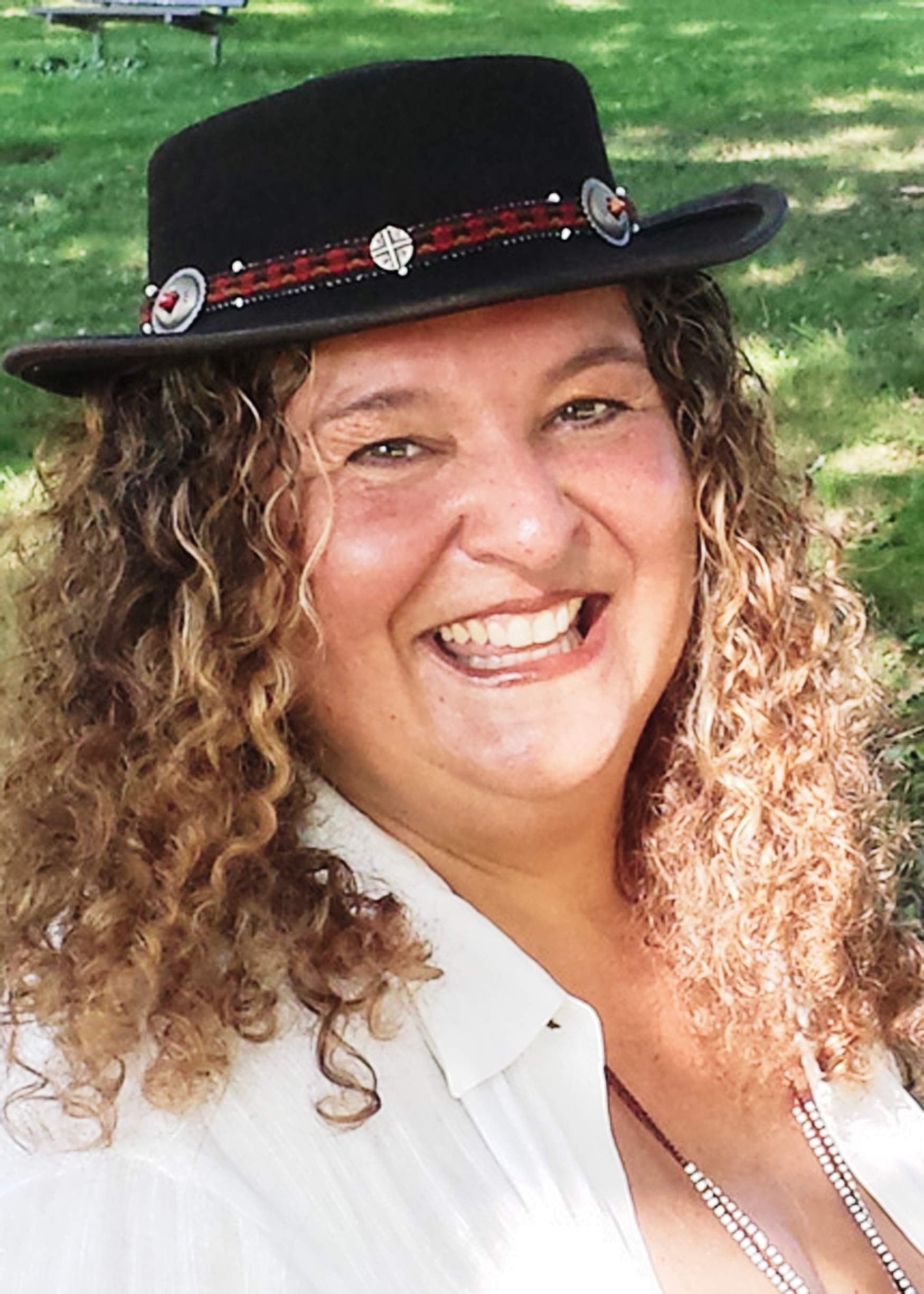 Ana Larramendi has been studying shamanic traditions since 1989 and is an international teacher of shamanic healing practices. She is a minister, public speaker, Vision Quest leader, wilderness enthusiast, ceremonialist, chef, translator and an initiated mesa carrier in the Inka tradition. She is a full-time shamanic teacher and healer at The Hollow Bone with a private practice in rural, southern, Wisconsin. She hosts intimate small group classes in her home, and also offers in-depth shamanic healing by phone, remotely, or sessions in-person. Ana’s earth work includes space clearings and blessings, and various land healing practices. She has spent her life weaving together her spirituality with nature skills creating a skill-set of tools for land healing and teaching students to detect and heal earth trauma.

Katy Breunig is a Shamanic Practitioner living in Portland, OR. With a real love of tending to community and global events, Katy is an active member of the Society for Shamanic Practice Shamanism without Borders Community Leaders. In her Shamanic practice, Katy specializes in body trauma and it’s interface with the emotional and spiritual bodies. She is available for individual Shamanic Healings, Group healings, and Shamanic House and Land Clearings and Blessings. Katy has completed the Power Path School of Shamanism One Year Shamanic Studies Program as well the basic practitioner trainings. She has studied with the curanderos of Vera Cruz, the Shibipo of the Amazon and the Huichol of Mexico. 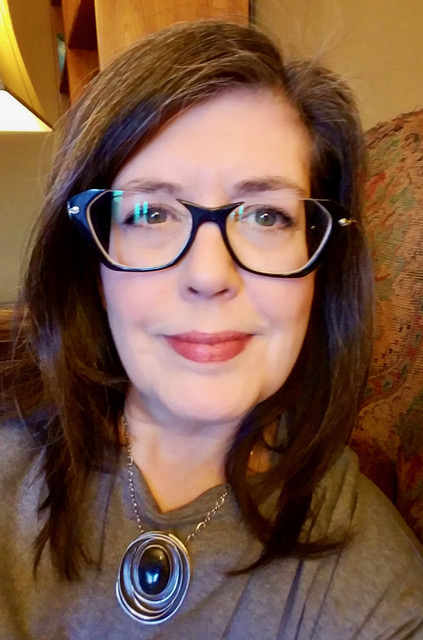 Joan Levergood is a Shamanic Practitioner located in Chicago, Illinois. Joan is a longtime member of the Society for Shamanic Practice’s Shamanism Without Borders Leadership Team. Being of service to her community as a shaman goes back to the very beginning of her shamanic training while she was working as a veterinary assistant at an animal shelter. Today Joan works with clients on a variety of life’s challenges. She specializes in unraveling and removing the unhelpful patterns of life, psychopomp or working with the dead, working with companion animals, soul retrieval, shamanic support of medical treatment and finding creative shamanic solutions to life’s sticky situations. 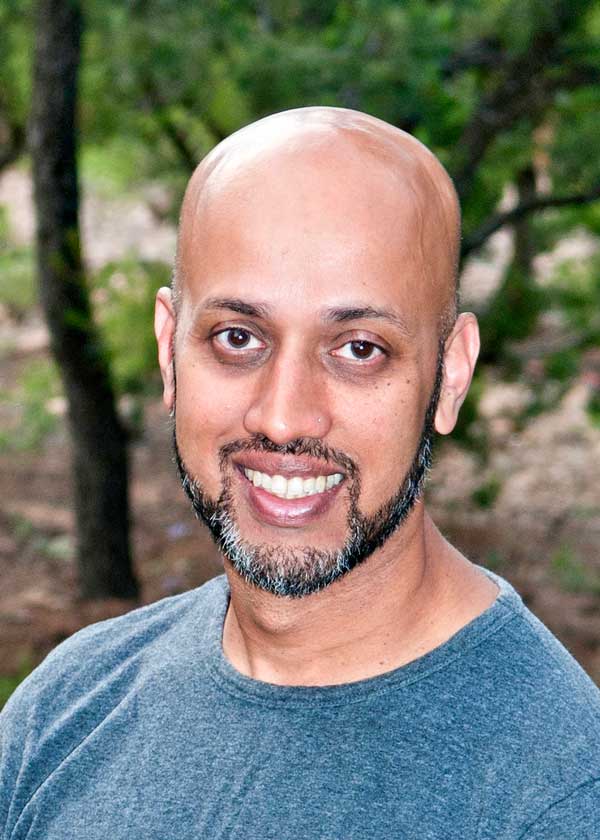 Sandip Chakraborti is a shamanic practitioner with over 15 years experience working with indigenous healers in Mexico, and in both the Peruvian Amazon & Andes. A graduate of The Power Path School of Shamanism (2008), he has trained extensively with healers in Shipibo and Huichol communities. Sandip is an experienced ceremonialist, providing a unique blend of energy medicine combining traditional indigenous practices with Yikiden Reiki and Healing Touch- specializing in End-of-Life Care. 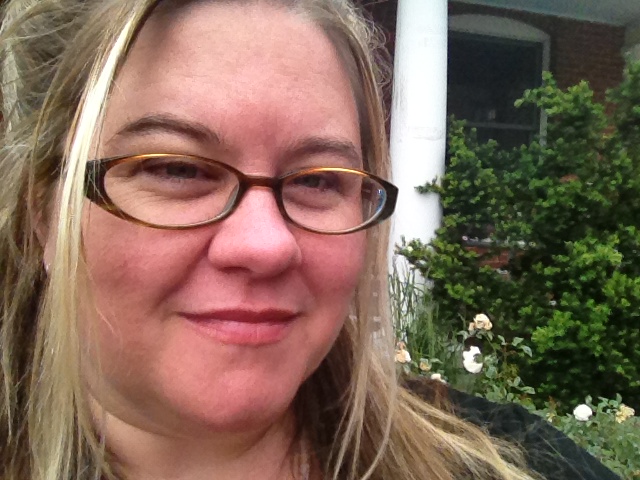 Lally O’Mara McMahon grew up in the beautiful forests of Northern New Mexico where she gained a deep and profound respect and love for Nature. Graduating Summa Cum Laude from the College of Santa Fe, with a degree in Environmental Science, further anchored her to the natural world. Her discovery of shamanism and shamanic practices deepened Lally’s connection to Nature and to the spirit world even more. She worked for many years as the Program Coordinator for the Power Path School of Shamanism and as Associate Publisher for Mothering Magazine. As Director of Operations for Society for Shamanic Practice, Lally is thrilled to help facilitate the work of this wonderful community. She is very close to her family and enjoys spending time with them and being outdoors. Lally lives happily in Fort Collins, CO after spending most of her life in Santa Fe, NM.