After sifting through many highly-qualified nominations, The Society for Shamanic Practice awarded the 2018 Eagle Feather Award to Mona Polacca of the International Council of Thirteen Indigenous Grandmothers – a group of spiritual elders, medicine women and wisdom keepers founded in 2004. Mona Polacca is a Native American spiritual elder from Arizona. She has worked to further social justice for indigenous people from an early age. She is an author in the field of social sciences, has held posts of responsibility as Treasurer for her tribe, served on several committees for Indigenous Peoples within the United Nations and is widely known for her leadership in the Native American revitalization movement. 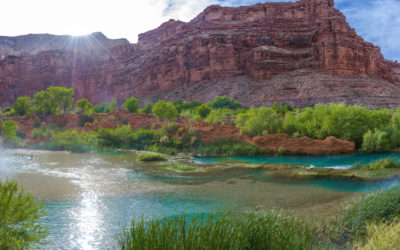 "Your prayer is like an arrow. Walk behind it as it clears the way for you." ~Mona Polacca On her mother's side, Mona is Havasupai, the people of the Blue Water. On her father's side, she is Hopi from the Sun Clan and Tewa from the Tobacco Clan. An important...