The Personhood of All Things and the Healing Nature of Animism

We are the people for these times

We live in a strikingly beautiful world with a spectacular diversity of life. It gives us abundant resources for living, for joy, and for countless paths of personal expression. And yet we suffer illness-producing stresses. For nearly two decades, when I made stress-management presentations as part of my psychology work, I spoke of the doubling of the incidence of depression in each generation since the 1960s. The question always arose: why is this happening? Why are people so increasingly stressed and unhappy in such a beautiful and abundant world, free of the raw survival struggles our ancestors faced, and with amazing technologies at our service? The best answer I could give was this: we’d become disconnected from nature, from each other, and from our own deeper selves. And I still hold to that answer.

As Michael Harner once said, “We went downhill a long time ago into the morass of civilization,”[i] which came with humanity’s increasing tendency toward depersonalization and objectification. It’s become the norm to commodify the world, including other people and ourselves. Anything may be an object for control, ownership, and exchange. Anything or anyone may be claimed as “property.”

How did we get here?

Many factors brought us here, of course, including political and economic pressures, but I also see changes in humankind’s relationships with the world and with its own consciousness. One theory suggests a general evolution of human consciousness over time – a gradual egoic crystallization that should eventually lead to a re-integration.[ii] Thus, some students of consciousness conjecture that earliest humanity lived in a primal state they called participation mystique[iii] – a state of personal identification with all that they experienced, whether sunrise, flowing rivers, rain, animal movements, or anything that came through the senses. Voices could be heard in the winds, omens read in the animals, and all of life was alive, conscious, and communicative. In such a world, “everything is full of holy workings.”[iv] This may be overgeneralized and speculative, especially because there are modern citizens of our world who also have this orientation, as do mystics. Thus, this “evolutionary” hypothesis, even if true, is not adequate by itself.

David Abram asserts that the development of written text with abstract signs contributed to our divorce from nature (or reflected it). He notes that, in its evolution, written text lost its connection to its pictographic roots: “letters” began as designs that often referred to elements of nature. What’s more, Abram’s experiences showed him how “intelligence” in nature is a field of interactions among many elements – including human beings, if they remain aware. This is similar to what many shamans seek in vision quests, and in “shamanic states of consciousness” when in nature. In our modern “civilized” world, on the other hand, intelligence has been confined to human skulls and abstract symbols on a page.[v] As Abram says, “Only as the written text began to speak would the voices of the forest, and of the river, begin to fade. And only then would language loosen its ancient association with the invisible breath, the spirit sever itself from the wind, the psyche dissociate itself from the environing air.” [italics in original][vi] 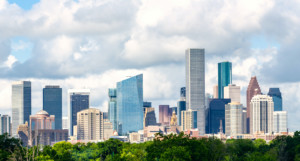 Well documented is the historical shift away from hunter-gatherer societies that depended directly on cycles of nature, availability of water, and the behavior of animals. These awarenesses, values, and behaviors were displaced by agricultural societies and the growth of cities, where food storage, permanent buildings, boundaries, and property ownership became important, along with increasing role specialization, priesthoods, and complex social hierarchies.

Regardless of any theory, we all use various technologies like lights, machinery, air conditioning, economics, transportation, and communication. They all insulate us from the immediacy of natural cycles – from climate and weather, from the gathering and processing of food, and even our own natural wake-sleep cycles. What’s more, our consciousness is shaped by experiences that alter its focus, filters, associations, integration, and ability to shift states and perspectives. Our consciousness is also influenced by cultural values, ideology, technology, and social media. Shopping in a grocery store offers a different relationship to food than does planting seeds, tending the garden, protecting it from predators, monitoring ripeness, harvesting, and storing. From personal experience I can say that buying a jar of honey is a different relationship to honey than keeping a hive of bees through pollen and nectar gathering, generations of workers, extracting the honey, and overwintering the hive – never sure if the hive will survive.

Thus, whether from evolutionary forces, changes in population, conditions, or technology, we have been pushed toward alienation from the natural world, from each other, and from the spiritual resources that sustained humankind for eons.[vii]

This sounds dismal, but all is not lost. We still live in a beautiful world that shares its abundance. Life still emerges from winter’s frosts in its season. Life still responds to the sun, moon, waters, winds, and pollinators. And there is an awakening recognition of our relationship with the land and the value in its intimacy. We see this in a diversity of movements toward growing food in small-scale gardens. These movements are found in diverse communities, some of which also promote renewable energy. It seems that some marginalized folks are taking the lead in protecting our water, holy places, and the wilderness.

What’s more, the growing interest in shamanic practices has the potential to move humanity toward a restoration of our relationships with nature, with each other, and with our inner frontier. With our shamanic, animist view that sees the personhood in every person, thing, and event, we are recovering the ancient awareness that everything has soul, consciousness, and intelligence. We are rediscovering that we are in integral relationship with all-that-is and can avail ourselves of relationships with spirit entities. Both ecological science and animism may save us from self-destruction if we have the vision and courage to open our strong eye and deep heart to our ancestral inheritance, and to walk our talk in the modern political world. I’m not suggesting we “go back” to where we imagine we were at the dawn of time, but to begin where we are now and move forward to restore a balance that embraces our conscious world in all of its complications, with the largest perspective possible. Indeed, shamanic practitioners are the people for these times.

Rediscovering the personhood in all things

There are three broad approaches that can enhance our relationship with the world(s) around and within us. One consists of specifically shamanic practices. Another can be part of everyday life activities. And a third can be found in ritual seasonal observances. 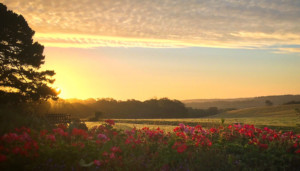 In everyday life, shamanic practitioners and non-practitioners alike can look to the East at sunrise and give some thought to the way the returning light – in that moment – supports life on this Earth. We can let go of the day as the sun sets.

In daily travel, we can respectfully take note of various features of the land through which we move. When we drive, we are not just traveling in an enclosed vehicle on a road connecting two points: we move through communities of conscious entities that observe us. (For many years, on car trips, I recorded the creeks rivers, and lakes as I crossed them and found a surprising number of watery presences I’d otherwise have ignored.)

We all live on a plot of land. We can learn something about the history of that land, how it has changed over time, who has lived there, and how climate change is altering its weather, animal and plant life, bee activity, and water tables.

We might also participate in local community and national decisions that affect our land, water, and sky.

In short, we can make friends with Sun and Moon, stars and seasons, winds, Earth, and waters, along with our communities of plants, trees, people, and animal life.

Prayers to the land are always in season. We can express our gratitude for its beauty, power, and fruitfulness – for all it contributes to our survival, to our inspiration, and to our ability to commune with one another.

Shamanic practitioners can make journeys to the land on which we live, to the spirits of the soil, water, heat, and winds, for example – and especially to the spirits of plants, animals, and trees among whom we live and share space. We are already in relationship with them. It behooves us to be conscious and respectful of our spirit neighbors.

We may journey and, with permission, merge with the consciousness of some of our nature spirit neighbors. We can look through the eyes of wind, of stone, of the phasing moon, and take in their experience of the world, of humanity, of us.

We can visit our own land in ordinary and nonordinary consciousness to ask how it sees us, what it might need from us, or just to give and receive blessing.

Our third area of re-engagement is the calendar. We can remove our annual calendar from the halls of academia, religion, and commerce, and remember that much of our calendar is derived from natural cycles: cycles of death and rebirth, planting and harvest, of animal birth, and slaughter; a balance of light and dark, wet and dry, warm and cold – all changing by the season. Exactly how one celebrates the season can take many shapes, from recognizing the connection of religious holidays to nature’s cycles, to celebrations of the Eight-fold Wheel of the Year, to gardening, or directly observing the first frogs, hawk migrations, frost, butterflies, rains, or flowering that live out their cycles in the place we live.

We are the people for these times. Let’s stand fully in that truth.

[v] David Abram, The Spell of the Sensuous: Perception and Language in a More-Than-Human World, Vintage Books, 1996

[vii] I explore the historical cycles of spiritual emergence decaying into sterile codes in my Shadows in the Light of God: Revelation to Dogma, Prophets to Priesthoods, 2020.