by Society for Shamanic PracticeDec 22, 2016

ON APPROPRIATION
BY LEWIS MEHL-MADRONA

Wondering about this question leads me to wonder if anyone can own healing? All cultures have developed methods for healing, and cultures throughout the ages have freely borrowed from their neighbors. Personally, I do not use the term “shaman,” since I have no relationship with the Evenki people of Siberia. I simply say that I try to help people get better by whatever means that seem reasonable.

During the course of my life, I have heard multiple objections to what I do from various factions. I conduct inipi ceremonies in the Black Elk family style, which is how I was taught. I spent many hours tending fire and assisting before leading, and only began to lead because no one else was available where I was. Orval Looking Horse argues that one should have danced to the sun for four years before leading the inipi in the Lakota style. I have danced for 19 years. Yet, I have heard objections that I do mixed ceremonies (with men and women), that I do inipi at all since I am not an enrolled Lakota, that I do ceremony that includes non-Indians, etc. Similarly I learned the hands-on, manual therapies of the Cherokee also by apprenticing. Nevertheless, I have heard objections that I’m not pure-blood, that I work on non-Indians, that I teach others how to do this, etc. Nevertheless, this form of healing is disappearing among the Cherokee Nations, since it does not fit with Christianity or contemporary health care. I believe someone should preserve it, since some Native scholars believe that Cherokee, Shawnee, and Pawnee hands-on healing systems were the inspiration and basis for Andrew Taylor Still to create American osteopathy.1 Still gave some credit to indigenous people, but his followers did not, since any mention of Indians in the 19th century would sully one’s reputation. Are osteopaths less appropriators since they don’t acknowledge their indigenous sources at all? Would it be more desirable to at least mention the indigenous inspirations of Still?

My experience with elders is that they find the “weekend shamans” most objectionable—those who take a weekend workshop and declare themselves a shaman; or people who advertise themselves as “Lakota healers” or “Cherokee healers” or “Cree healers” (insert any Nation), when they haven’t really learned in the traditional way. I suspect they would level this criticism at anyone, regardless of national origin or amount of skin melatonin.

More importantly, as the Kellogg Foundation has been attempting to do, we must debunk the idea of race. Race does not exist in biology. People adapt to the land on which they live and come to look different from each other, but these degrees of difference are biologically of little significance. If one lives in a place long enough, one comes to resemble the other people who have lived there for a long time. Humans adapt. The U.S. Congress created the idea of purity of blood with the Blood Quantum Act of 1904, the goal of which was to eventually eliminate Indians from receiving federal funding by diluting their “blood” to the extent that they would be less than 25% of any given tribe. John Ross, the head chief of the Cherokee during the Trail of Tears and Death in 1838, was technically 7/8 Scottish, but no one cared then. In those days, he was 100% Cherokee. In 1904, anyone who lived on the reservation and could be counted on the census was made 100% pure (regardless of where they originated) and the countdown commenced. I know people who have been surprised by examining their DNA and finding it all of European origin despite purportedly being pure-bloods. Further, a word must be said about DNA testing. Immune haplotypes are tested to determine patterns of human migration from our common African ancestors. Haplotypes are patterns of genes that determine immunity that adapted to the environment in which people found themselves. At least 500 years are required for haplotypes to change, so the time frame of DNA testing is rather long. Nevertheless, this testing underscores the mixtures of peoples that comprise all of us. Therefore, I would like to remove the word “white” from the equation. “White” does not exist; nor does “red.”

In the end, we take freely from each other and try to do what works. When making money enters into the equation along with marketing, it gets more complicated. I suspect being authentic means being honest about who we are and where we learned what we know. For example, a friend of Scottish origins who has been coming to my lodges for years has decided to move toward leading, since no one else in his area is doing so. He is traveling to Scotland to learn about Celtic lodges from another friend of mine, who studies those ways. He plans to do Celtic lodge with the occasional Lakota song. This seems like a reasonable solution to me.

I would argue that the real enemy is capitalism and its need for hyperbole in marketing. As people compete for limited supplies of clients, each tries to bolster him or herself in the eyes of the market. This leads to progressively more extravagant claims, not all of which can be authenticated. Were we still living in communities and working for the good of our neighbors, no one would complain of appropriation, since the actual complaint, I believe, is that “you are making more money claiming to do what I do than I make doing what I do, and you didn’t learn it the hard way or the right way and who knows if you know what you’re doing, or not.” As a Lakota elder told me, our mutual enemy is Homo Economicus. The sin is greed. 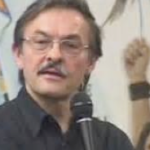 Lewis Mehl-Madrona MD PhD (of Cherokee/Lakota heritage) works with aboriginal communities to develop uniquely aboriginal styles of healing and health care for use in those communities. He is the author of Coyote Medicine, Coyote Healing, and Coyote Wisdom, a trilogy of books on what Native culture has to offer the modern world. Lewis currently teaches at the University of New England College of Osteopathic Medicine, practices medicine at Eastern Maine Medical Center and Acadia Hospital, Bangor, and is the Director of Coyote Institute for Studies of Change and Transformation. He is offering weekend trainings in Indigenous North American Healing Arts through October 2017 in New York City. www.catanyc.com  & www.coyoteinstitute.us

In the 1980s when I was discovering shamanism, I was invited along with a number of others to Hawk Littlejohn’s farm in North Carolina for two summer solstices where we did ceremonies and received teachings from him. I remember him saying to us, who were mostly non-native people from the Northeast (he referred to us as “people from the dominant culture”), that he was happy to share his Cherokee traditions with us. He explained that he invited us to join him in the summers because so many of his own people were not interested. They were giving up the “old ways,” and he was pleased that maybe some of us would carry them on. He also told one individual that he should explore the shamanic traditions of his European heritage. I overheard this, but at the time I was too inspired by Native American practices to appreciate this advice he was giving. Little did I know that in a few years I would be doing exactly what he had suggested: looking into my own European and Celtic shamanic heritage. I realize not all Native Americans share Hawk’s expansive view of native traditions. But even though I don’t practice Cherokee or any Native American form of shamanism, to this day I continue to be inspired by his strength, character, and the traditional wisdom he shared with us. 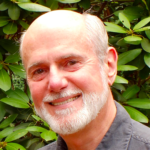 Tom Cowan is a shamanic practitioner specializing in Celtic visionary and healing techniques. He is the author of Fire in the Head: Shamanism and the Celtic Spirit and other books on shamanism and Celtic spirituality.