Healing the Vibration of Trauma in the Land

For twenty-two years I studied with a gifted shamanic healer in Malaysian Borneo.  Each time I went to apprentice with the late Ismail Daim, I felt the surge of the spirits of the land rush out to meet me as I stepped off the plane.  The spiritual aspect of one’s being is seamlessly connected to the spirit world and to the spirits of the land there.  I experienced the sensation of being home as the effortless embrace of the spirit world rose up to meet me in this magical place.  Each time I returned to the US, I felt as if I had hit concrete upon landing.  Even though I live in nature with the vibrant energy of the forest and water spirits just outside my door and have a deep connection to the land and the elements where I live, it is not the same as it is in Borneo.  There are many different tribal and ethnic cultures there, yet the underlying connection to the spirit world and the spirits in the land and water is embedded in the psychic structure of all who live there. 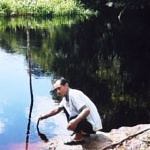 As we know, this is not the case in the US.  Many of us are taught at an early age that the land is there to serve us rather than to be in a sacred partnership with it.  Most are taught to ignore the sightings of spirit beings as a child, sometimes even punished for making up stories about things that are not there as was the case in my childhood. My ability to connect with spirit went dormant around nine and was reawakened when I went to live in Borneo as a Peace Corps volunteer at the age of 22. It was clear to me then that one’s ability to connect to the spirit world and to the spirits in nature is based on whether one believes in its existence.  The repression of the existence of the spirit world dampens its felt expression.

As I pondered these understandings with my guides, I came to several key insights.  There is a direct relationship between the energetic imprint of the land and the beliefs of those who live upon it.  When we visit sacred lands, our energetic being expands to 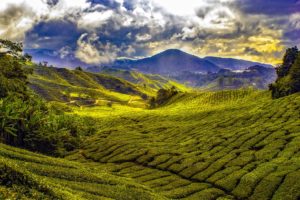 soak in the power of the land and our consciousness enlarges as the wisdom of the land flows into our being.  Conversely, when we visit sites where unhealed murder, genocide and severe trauma occurred we not only feel and experience the trauma there, but it also feeds our fear and re-enforces negative beliefs or thought forms that we have been taught.  We are energetic beings and within our energy field the energetic and cognitive imprints of our ancestral and karmic lineages as well as the teachings and beliefs of the dominant culture intermingle with the energy of the land.  Just as the body holds the energy of traumatic occurrences and is only fully released when the mind understands the trauma and is ready to release it from the field, the same is true with traumatic energies that are stored in the land that await the acknowledgement of those who live upon it of the suffering that has been perpetrated upon the earth.  There is a dynamic relationship between energies stored in the body and the earth and the psyche.  When one has experienced a severe trauma, one’s perception of reality shifts to be seen through the lens of the trauma.  Often the energy of the perpetrator is lodged in the body resulting in a constant fear of re-traumatization or reenactment.   The same is true of the land.

Today we live with an intolerable amount of violence within the United States with mass shooters targeting our schools, places of worship, concerts and even yoga classes.  The energy of slavery and genocide stain our earth and flow up to interface with our energy body and psyche. Most of us grew up with great pride in the origins of America, the bravery of the settlers and the pioneering spirit of those who developed the land from coast to coast.  Rarely was the focus on the price that the first nation people paid for this expansion nor the role of slavery in developing the land.

I was deeply moved when two years ago, Wesley Clark Jr., a war veteran and noted author and spokesman, accompanied a group of veterans to Standing Rock in North Dakota to join Native Americans in protest over a pipeline that was to be built through sacred Native American land.  His words and actions inspired me and is the stimulus for deepening my shamanic understanding of how we heal and address the harm done to the native people, the land and to those who were kidnapped and enslaved.

Mr. Clark knelt in front of the Native American leaders and said the following: 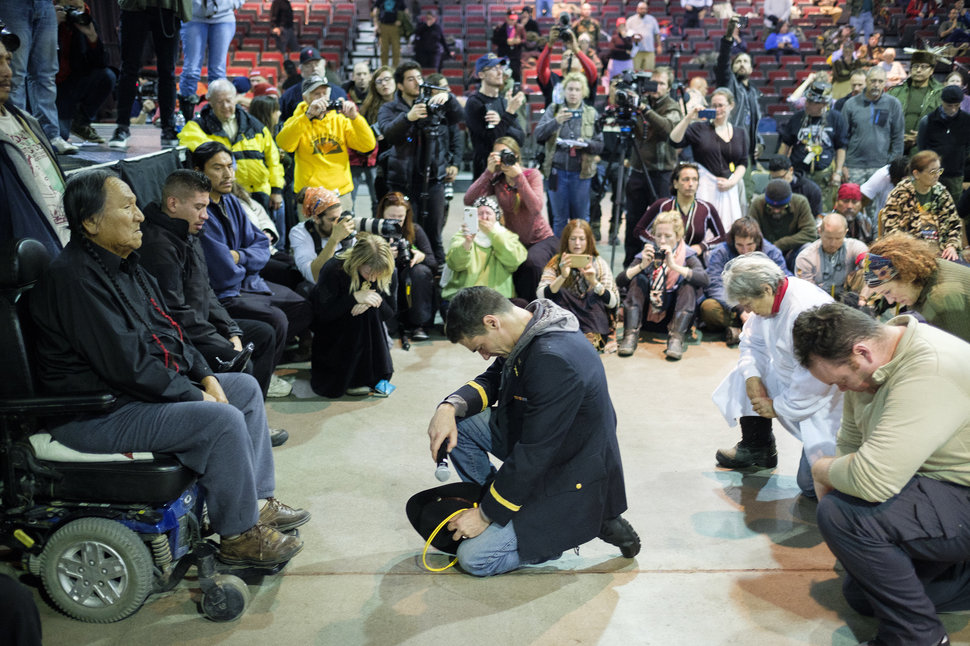 “We came here to be the conscience of the nation. And within that conscience, we must first confess our sins to you, because many of us, me in particular, are from the units that have hurt you over the many years. We came. We fought you. We took your land. We signed treaties that we broke. We stole minerals from your sacred hills. We blasted the faces of our presidents onto your sacred mountain. When we took still more land, and then we took your children, then we tried to take your language, and we tried to eliminate your language that God gave you and that the Creator gave you, didn’t respect you. We polluted your earth.”

The veterans began to kneel as Wesley Clark Jr. concluded his statement:

“We’ve hurt you in so many ways, but we’ve come to say that we are sorry, we are at your service, and we beg for your forgiveness.”

This is a beautiful step in the right direction, but so much more is needed to heal the United States of the energetic imprint of genocide and the brutality and inhumanity of slavery.  In addressing these concerns, I suggest a journey to discern how your ancestral, karmic and cultural imprints interface with the land where you live.  It is fascinating to observe whether the things that you were taught from family and culture live more vibrantly within your field than the progression of your karmic soul.  In one of my classes, everyone learned that they had been both oppressors and the victims of oppression, had been both the keeper of the sacred lands and violators of the land.  These quite humbling and empowering findings provided us with a renewed sense of compassion and understanding towards those with whom we disagree.

Next we can journey to ask the land what type of rituals are needed to heal the earth and bring it back into balance.  In my own journey the land showed me that in addition to the imprints of genocide, slavery and the greed that defiles and exploits the earth, the greatest grief is the loss of the sacred connection between the earth and all that live upon it.  We can practice daily to strengthen our connection to the elements and the land, be it with song, sacred ritual or offering. 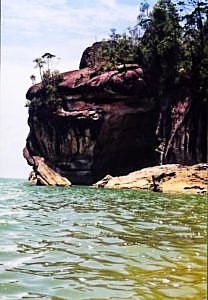 In Borneo the shamans were not only healers but the spiritual leaders of their communities, the keepers of the sacredness of the land and all who lived upon it.  We are at a crisis point in our nation with racial divisiveness and fear dominating the energetic imprint of our nation. Those of us who work with those who have suffered severe trauma are aware of the psychic interplay between the trauma in the body and the trauma in the mind, one continually triggering and impacting the other before healing is complete.  The same is true for the trauma held in the land and how it is being re-enacted in the larger collective mind of the nation. Perhaps it is time for us to become the spiritual leaders and healers of division that has been the historic role of the shamanic practitioner.  Do not be afraid to use your voice, your pen and your role as teachers to make the connection between the violence stored in the earth and how it interacts with the psyche and then spills out into the collective.  Just as we rely on the earth and elements to sustain our practices and fill our souls, we must heal and give back to the earth and the elements through not only shamanic practices, but also by bringing our understandings to the culture at large.