When the Society for Shamanic Practice was formed in 2004, one of our primary missions was to encourage practitioners to gather regularly with others in their region to share what they were learning and experiencing in their shamanic lives. This month we are pleased to publish a pair of articles reporting on how regional gatherings have developed over the last twelve years in two areas: New York State and the United Kingdom.

Tony Allicino’s article recounts the successful strategies that early organizers used to promote regional gatherings in Upstate New York from 2005 until this year 2017.  In his article “Shamanism at an Adirondack Camp,” Tony relates the challenges and joys of holding together a core group of organizers, and the personal benefits for both participants and the organizers themselves.

In “Shamanism in the Sacred Landscape of Glastonbury,” Sandra McKeever presents a review of various workshops and ceremonies that were presented this year at the eleventh annual conference in the UK. Her article describes how the five-day conference was structured and the many colorful and stimulating activities that were held there.

We are grateful to Sandra and Tony for their articles, and we hope these two accounts will inspire other members of SSP to gather practitioners in their areas for sharing and supporting each other in their shamanic lives. After all, one of the main reasons the SSP was formed is that: we need each other.

Shamanism at an Adirondack Camp

Northeast SSP regional conferences began in November, 2005, when Tom Cowan and Cecile Carson MD, SSP board members, put out a call to a group of SSP members living in the Northeast requesting their presence at what was billed as an “SSP Northeast Gathering” (SSP NE).  We met for a weekend at the Best Western Albany Airport Inn, heard Tom and Cecile share SSP’s vision to create regional groups of SSP members, journeyed, and discussed how that could happen in the Northeast.

After this meeting some of us rolled up our sleeves and reached out to the network of regional SSP members to plan a bigger gathering in a site more spiritual than an airport motel. This “second” gathering took place in April 2006, five months after the Albany meeting, at Easton Mountain Retreat Center north of Albany.  Soon after, in June a private “SSP member-only Yahoo Group” was created and, while it is no longer active, it still exists and lists having 85 members.  The next gathering took place in April 2007, a year later, at the same retreat center. 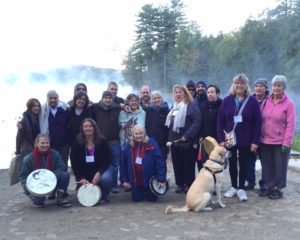 Between these two gatherings, with a core group of dedicated and SSP NE members who had demonstrated organizational and community building capabilities, we were approached by SSP to be actively involved with its Annual US Conference and the first one scheduled to take place on the east coast at Menla Mountain Retreat in May, 2007.  For that conference SSP NE created the central Altar and Opening Ceremony. Inspired by the successful conference and our participation, the SSP NE regional gatherings continued and took place in November 2007, and April 2008, at Easton Mountain and November 2008 and 2009 at Pumpkin Hollow, a retreat center in Columbia County, NY.  In 2009, SSP NE was asked again to create the Altar and Opening Ceremony for the June SSP Annual Conference on the east coast at Menla Mountain Retreat.

In June 2012, SSP organized a Shamanism without Borders conference at Bowdoin Park in New York’s Hudson Valley facilitated by Tom Cowan, Jane Burns and Jim Wood.  It was very successful and one could tangibly see how much the attendees felt sparks from being in shamanic community.

In November 2014 I ran into Barbara Neznek, from Amsterdam NY.  I had heard Barbara wanted to revive the SSP NE Gathering, and she and I got to talking about the “good old days” of our gatherings, their value for shamanic community building, and her vision to revive it.  And so the two of us decided we’d make it happen.

Our plan to schedule it in 2015 was quickly scrapped realizing we would need more time, so we shot for 2016.  With the old Yahoo Group pretty much non-functioning and with a significant change in how people communicated in 2016, we opted to use Facebook as a platform, creating an SSP Northeast page that is open to anyone with shamanism skills or interest to join. Next we created a Facebook Event page to announce information such as time, place, how to register.  Presently, we have 379 members on the SSP Northeast Facebook page.

The 2016 SSP NE Gathering took place the end of September at Camp Little Notch, a former Girl Scout Camp, located in the southern tier of New York’s Adirondack Mountains and on hundreds of acres of gorgeous land, near Lake George, NY.  Barbara has a personal relationship with the camp as a former attendee and a current board member of the non-profit that took ownership from the Girl Scouts.

Twenty-four people attended the gathering which included experienced practitioners as well as recent students who had completed an introduction-to-shamanism workshop.  We did not require that registrants be active members of SSP.  Verifying people’s membership status would have added a layer of work for us and SSP.  The gathering began and ended with ceremonies, three mini workshops were offered by practitioners in the region, and Karrie Cooper, then an SSP staff member, attended and shared information about SSP and its programs.  From the evaluation surveys, the gathering was very successful, and several attendees stepped forward to volunteer planning of the next gathering.

The planning of the 2017 gathering followed the same format as 2016 but took on layers of challenges. Barbara and I, along with a nine-member planning team, communicated through Facebook.

A special Facebook page was created for the planning team to communicate and have a trail of discussions and decisions.  Since we were all on Facebook, we felt this platform to be easier than emails or creating a Yahoo or Google Group.  Important decisions were by majority vote and with a few “executive” decisions – like needing to end registration a week early because we had reached what we felt was the maximum number for attendees – made by me, Barbara and Petra Lowen, who maintained the registration data.  All decisions were communicated to all planning team members.

Overall the process went well.  However, as can happen in group dynamics, there were some personality conflicts triggered by expectations not met and disappointment that everyone was not contributing equally. In the end, however, everyone contributed to their abilities and availability to make the 2017 gathering successful 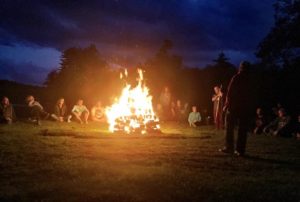 Fifty-one people registered and 49 attended the gathering, mostly from the NE region, but also from Kentucky, Washington State, Washington D.C, and Canada. The gathering went from Friday evening, August 25 to Sunday afternoon August 27. We began and ended with ceremony, with a local ceremonial drum and drummers holding space and heartbeat, and three mini-workshops were conducted, including a Fire Walking Ceremony. Tom Cowan, SSP board member, provided a history and information about SSP, and Carrie Bancroft gave an abbreviated presentation on Best Marketing Practices for shamanic practitioners.

At both the 2016 and 2017 gatherings, a Shamans Market took place providing vendors an opportunity to sell shamanism related items in return for a suggested donation, and $220.00 was donated to SSP from the 2017 gathering.

Written evaluations from attendees were again positive and favorable, with a sprinkling of reasonable criticism and suggestions, confirming the appreciation, value, and importance for this type of gathering to take place.

Some challenges I experienced organizing a regional group includes meeting a range of different expectations; dealing with different levels and kinds of skills; clear and focused communication; keeping the team on track with the intention, vision and plan; knowing when to say “no” and “yes”; maintaining equilibrium; keeping people engaged, enthused and satisfied.

With that said, the joys from these gatherings are manifold and on many levels – feeding the heart, mind, soul, and body; gratification building and working with a planning team; serving the community which, by its nature, serves a countless multitude; sharing and learning wisdom and skills; reconnecting with friends and making new ones; having fun; validation that this type of large gathering can happen; and reveling and relishing collectively connecting to Nature and Spirit.

Planning the 2018 SSP NE Gathering has begun. Six members of the 2017 planning team are continuing. We received interest from several other people who attended this year’s gathering to help and we will call upon them as the details of the gathering’s program are established. Overall, we have a format that has proven to be successful and we are open and flexible to consider changes to improve the planning and the gathering’s experience.

While there is no set formula organizing a regional gathering, there are personal actions and attitudes that are valuable and important: hard work, commitment, flexibility, patience, communication, and heart. The benefits from participating in a “being of service” effort contains degrees of gratification that potentially are equal to, or surpass, the experience, and there is nothing quite like that gratifying and satisfying feeling knowing that what you created, and were a part, was good medicine and beneficial to individuals and the collective beyond time and space. 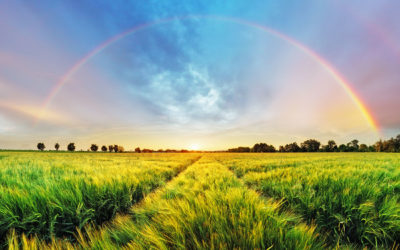 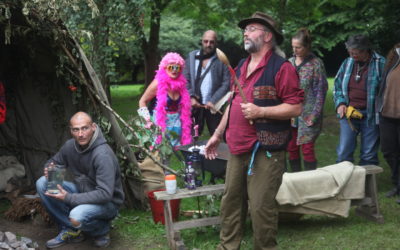